What Do I Need To Know About The New Drug “Gray Death”?

Reports from various parts of the country have spread word of the latest threat in the opioid epidemic, a synthetic opioid substance called “Gray Death”.

Gray death gets its namesake from the color and texture of the deadly drug. Gray like concrete, the synthetic opioid substance can be found in varying shades of grey. Texturally, gray death will be either in a fine, grey powder, or in grey chunks like powdery rocks.

The most threatening part of gray death is what was combined to create it. Since fentanyl became a household known brand name of synthetic opioids, many other analogues, or distant relatives of fentanyl, have surged in popularity. As overseas drug manufacturers have gained more and more access to chemical formulas for failed synthetic opioids, the drugs have increased in strength. For example, quickly after fentanyl made an appearance, carfentanil started gaining a reputation. Used as a tranquilizer for considerably sizable animals like elephants, carfentanil can be up to 1,000 times stronger than morphine, whereas fentanyl alone is up to 100 times more powerful than morphine. Intermittently, other synthetic opioid analogues quickly came in then were quickly banned by the DEA. Names like W-18 and U-47700 came in bright colors and misinformed packages, claiming lives through overdose. Gray death is a combination of all of these synthetic opioids combined, making it an absolutely lethal drug.

The chemical makeup of gray death is just one of the factors which make it a terrifying new drug on the market. Officials have reported that the synthetic opioid can be absorbed through the skin, and in a powder form in small doses, it can be hard to see. Meaning, just being in the same immediate area as gray death when it is opened up could lead to intoxication and potentially overdose.

Addiction to gray death has not yet been closely examined because of how new it is. However, considering the deadly combination of synthetic opioids which come together in gray death, addiction is unlikely. Still, when the body and brain have developed a high enough tolerance, it is possible to use gray death continuously, which would lead to a debilitating addiction. The greatest side effect of gray death is that it is highly lethal and can cause immediate overdose.
Harmony Place seeks to serve opioid addicts with the utmost care and compassion from detox to transitional living. Our luxury residential treatment programs and recovery services support clients in doing creating a new life in recovery, healed mind, body, and spirit. For a private consultation and more information on our programs, call us today at  1-855-627-1417. Natural Ways For Dealing With Constipation In Detox 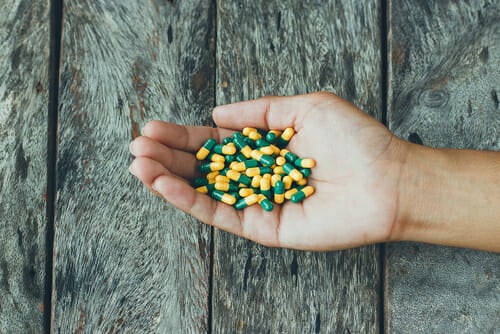